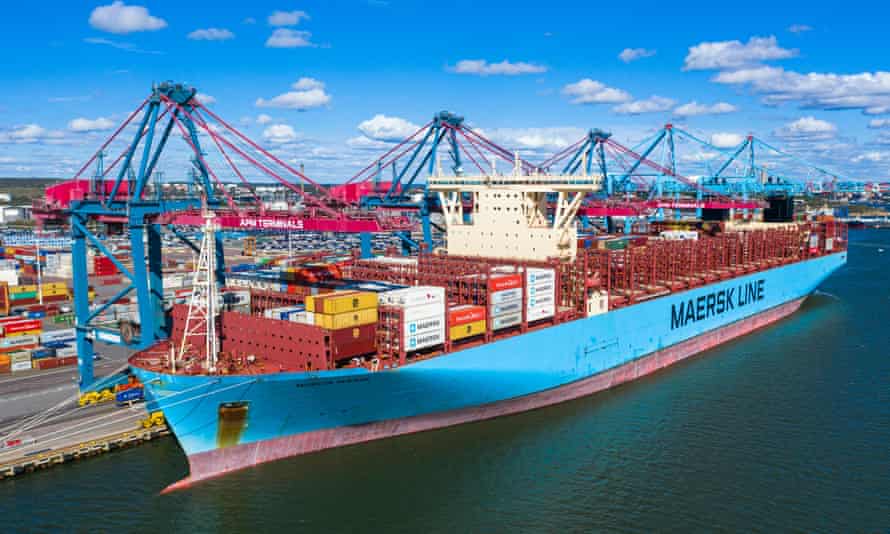 Using a 15% blend of biofuel, Maersk Supply Service will slash an estimated 38.95M tonnes of CO2 emissions during a trial programme on board a 2009-built offshore tug supply vessel

The trial, conducted in partnership with The Ocean Cleanup, blended biofuel into the marine gasoil to reduce CO2 emissions during Maersk Tender’s recent charter in the Pacific.

When the partners decided to run the trial In May, they selected Maersk Tender as the ‘guinea pig’ vessel, on a plastic-collecting charter operating out of Victoria starting in July 2021, also with The Ocean Cleanup.

“At The Ocean Cleanup, we aim to have carbon-neutral operations, but we realise there is still some work to do to get there,” said The Ocean Cleanup ocean director Henk van Dalen. “This is why we’re pleased to see and be a part of Maersk’s efforts to test and transition to alternative fuel options. Maersk has been vital in our work to clean the oceans, and we look forward to continuing our collaboration while having a more positive impact on the environment.”

During the trial, Maersk Tender was operated on a blend of 15% HVO and 85% low sulphur marine gasoil (MGO). At this rate and with current fuel efficiency, the HVO was able to cover two separate six-week trips, with a total saving of 38.95M tonnes of CO2.

The savings were approximately 90% CO2 on the emissions from the HVO itself – that is, 13.5% of the total, according to Maersk Supply Service. The Danish offshore support vessel (OSV) operator said no engine maintenance issues were experienced during the trial.

While the biofuel showed promising results, one of the drawbacks is its price. Maersk Supply Service told OSJ HVO is “four times more expensive than MGO. The price fluctuates a lot and depends on where and when for delivery.”

Maersk Supply Service managing director for Canada Chris Tibbo said, “For now, it is very much a test, as biofuel is still an expensive alternative to standard marine gasoil. Still, it has given us valuable insight into how this can reduce our emissions further.”

In advance of the launch, Maersk Supply Service looked at several additional initiatives to improve Maersk Tender’s fuel efficiency and further reduce its carbon footprint for the charter. This ultimately led to a considerable investment in a series of technical upgrades while the OSV was in drydock in Denmark’s Fayard shipyard.

First, the ship was retrofitted with frequency drives for each of its four thrusters. This allows one or all of the thrusters to be selected and available for use without consuming any power, unless demanded by the operator on the bridge. This can lead to significant energy savings, as the thrusters do not turn and thereby consume power unless needed. This is particularly the case when the vessel is in dynamic positioning (DP) mode, as the thrusters only operate when commanded by the DP system – and then only up to the power required, rather than turning continuously at full RPM without a frequency drive.

All engineroom fans were also fitted with frequency drives, another key component in ensuring fuel-efficient consumption.

While in combinator mode, which is used for steaming, the main engines’ RPM can be reduced, along with the frequency of the shaft generators. The vessel has also been fitted with the latest cutting-edge fuel flow meters, which live-track all fuel consumption.

From the outset, the data coming back from the testing phase looked promising. The results from this trial could now pave the way for similar upgrades to be carried out on more of Maersk Supply Service’s T-class vessels.

“Overall, it is a substantial investment that we have placed in these energy upgrades, and our technical organisation has done a stellar job in advancing these initiatives. As a responsible company, we need to do what we can to reduce our emissions while also remaining attractive for our customers,”said Mr Tibbo.

Maersk Supply Service has set the ambitious targets of reducing the carbon intensity of its fleet by 50% by 2030 and being entirely carbon neutral by 2050. With 2018 as the baseline, they have already seen a 13% reduction through a concerted effort to improve energy efficiency.

“Saving fuel and operating the vessels in a more energy efficient way both play a huge part in our sustainability journey, but they cannot do it alone,” said Maersk Supply Service technical organisation head Allan Henning Rasmussen. “This is why we have introduced the Green Transition Decarbonisation Initiatives.”