Environmentalist to sue own church for noise pollution 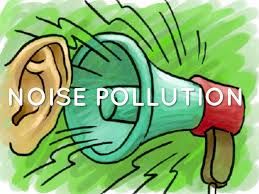 An environmentalist in Ghana, Prof. Appoh has warned against impact of noise pollution, saying that it will sue his own church in September if it continues in the act.

Appoh said thus on Wednesday while announcing that the Environmental Protection Agency (EPA) was strengthening its noise monitoring, and would apply the law rigorously to noise pollution offenders.

He cited individuals, churches and other groups for noise making.

He said as quoted by GNA, “I have warned my own church about its level of noise. If it does not stop by the end of September, I’ll send the church to court.”

Professor Appoh, who is also the Acting Director of Environmental Quality of the EPA, gave the warning, in an answer to journalists’ question on noise pollution in some Ghanaian communities, on the first of a three-day sensitization workshop for members of the Parliamentary Press Corps.

The workshop, organized by the EPA, and underway at Institute of Environmental Studies (IES) at Amasaman, the capital of the Ga West Municipal Assembly, is aimed to enhance the knowledge and advocacy of the members of the Press Corps for responsible, responsive and persuasive environmental reporting.

He however indicated that the EPA mandate in prosecuting some noise pollution offences was limited, and urged the public to report offences to the Districts’ Environmental Office of the police.

Apart from noise making, the Acting Director emphasized that open burning was also criminal, and advised the farmers to go in for slash and mulch rather than the traditional slash and burn method of farming.