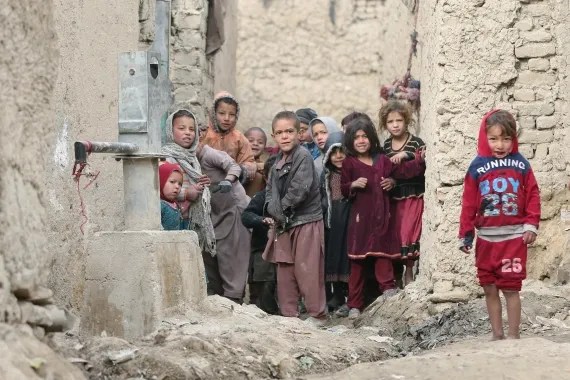 Over a dozen children have died of malnutrition in the last six months in Afghanistan’s western Ghor province, local health authorities said on Monday.

Another doctor in the hospital, Eidi Mah-Sultani said that the hospital receives between 20 to 50 children suffering from malnutrition daily.

Malnutrition: Kaduna in search of N29bn to Combat Scourge

Air pollution linked to a rise in emergency room visits by children,…

According to him, the hospital is however facing “medicine shortage’’ and can’t offer therapeutic foods to the victims.

Mohammad Karim, a father, said that his child had been at the hospital for a week, but has been unable to get medicine or the right food for him due to shortages and poverty.

Meanwhile, Mawlawi Ehsanullah, head of the provincial health department in the war-torn poor province, confirmed the shortages, but said he had contacted several organisations including the World Health Organisation for help.

Since the Taliban takeover of Afghanistan in August, some international organisations and countries including the United States had severed ties with Kabul and frozen Afghanistan’s assets.