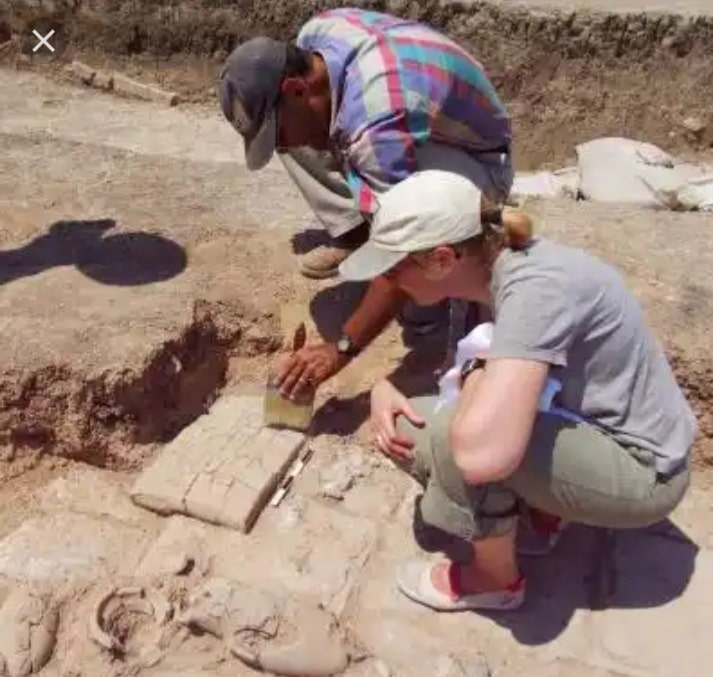 Turkish archaeologists have discovered a 1,600-year-old Byzantine-era fountain during the restoration works of an ancient palace in Istanbul, local officials announced on Friday.

“We uncovered an exquisite historical artifact,’’ Mahir Polat, deputy secretary-general of the Istanbul Municipality, announced on his Twitter account.

Under the supervision of a scientific committee, archaeologists uncovered the fountain five meters below the ground of the restoration site of Boukoleon Palace, one of the most ancient Byzantine-era structures in the city.

Istanbul municipality’s Cultural Assets Conservation Department has been conducting a comprehensive archeological restoration project to save the palace, which was highly damaged over time, from demolishing.

Located on the shore of the Marmara Sea on the European side of Istanbul, the palace was used by Byzantine emperors.

“Every shovel reveals a little more of the history,’’ Merve Gedik, manager of Cultural Heritage Projects of the municipality, tweeted, referring to the latest discovery.

“We are excited every day in the excavation works at the Boukoleon Palace, wondering what will be discovered that day,’’ she added.