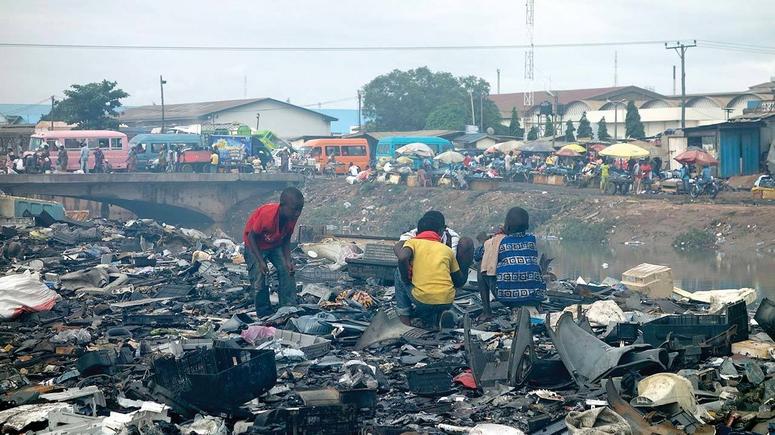 Projects to tackle climate change and protect the world’s oceans have been given a major boost with the first £16.2 million of funding from the UK’s £500 million Blue Planet Fund, the United Kingdom government has announced.

The programmes, financed from the UK’s overseas aid budget, will increase marine protection, tackle plastic pollution in Nigeria, Ghana, Indonesia and Vietnam and the decline of global coral reefs, as well as using the UK’s world-leading expertise to help respond to marine pollution disasters such as the Xpress Pearl in Sri Lanka.

The ocean has been identified as a critical carbon sink which every year absorbs almost one-third of global CO2 emissions.

Around the globe, the ocean supports the livelihoods of one in every 10 people, including some of the poorest and most vulnerable.

In the run up to the UK hosting the COP26 climate talks in November, the government is working with developing countries to take action to protect and restore oceans.

The projects receiving funding include the launch of a new UK-led programme which will help developing countries partner with the UK’s world-leading scientists to better manage marine protected areas, and improve the understanding of the impacts of climate change and contaminants in the ocean.

Environment Secretary, George Eustice, said: “The UK is a global leader in marine protection and will continue to advocate for ambitious climate and ocean action at COP26 this year.

“Our shared ocean is a vital resource and provides habitat to precious marine life, as well as supporting the livelihoods of one in every 10 people worldwide.

“The Blue Planet Fund will support many developing countries on the front line of climate change to reduce poverty and improve the health of their seas.”

Marine pollution, including plastic pollution, is a significant pressure on the marine environment – not only does it threaten key species and ecosystems in the world’s ocean, it also affects the health and livelihoods of those living in coastal regions.

A share of the £16.2 million will also go towards the expansion of the Global Plastic Action Partnership (GPAP)’s pioneering work in Nigeria, Ghana and other developing countries and facilitate a united effort against plastic waste globally.

Head of Climate Change and Energy, West Africa, Sean Melbourne, said: “The Global Plastic Action Partnership (GPAP) is a multi-stakeholder platform that aims to shape a more sustainable and inclusive world through the eradication of plastic pollution.

“Through its impartial global and national platforms, it is uniquely equipped to bring together public, private and civil society leaders to develop joint solutions to the plastic pollution crisis that are both pragmatic and ambitious. I’m delighted that Nigeria has recently joined Ghana to begin pioneering this vital work in West Africa.”

Over 80 countries, including Nigeria and several other West African states, now support the marine protection target, and the Blue Planet Fund will help make sure that 30by30 becomes a reality.