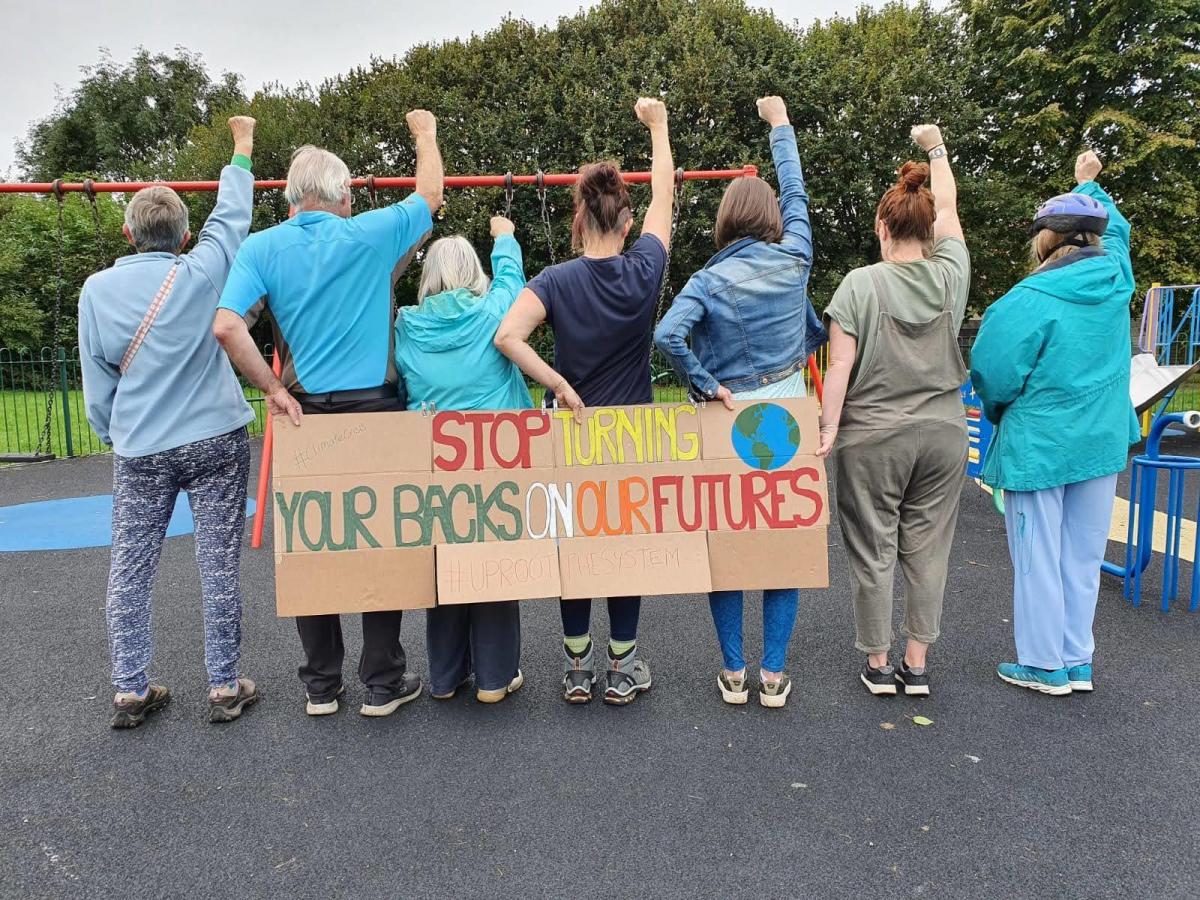 A NORTHWICH mum has told of her ‘climate despair’ after she got together with some like-minded people and organised a ‘climate strike’ in the town.

Sarah Burgin said she became more and more aware of climate issues after having her second child, and how she worries for what the future holds for them.

In a bid to raise awareness and to force global leaders to act now, Sarah got together with members of Transition Northwich to hold the first of several global strike days on Friday, September 24.

She said: “Fridays for Future arranged a global climate strike on September 24.

“In support of this, we arranged a local gathering.

“I was joined by members of Transition Northwich and some supporters from a Facebook post I ran.

Over 100million people threatened by climate change in Africa –…

“I’ve long been aware of the climate issues, since having my second child it took me to some pretty dark places and I have had to work hard to come out of the other side of what can be described as Climate Despair.

“I fear for what my children’s future holds.”

The Northwich event was part of a global day of action, with further strikes planned on every Friday to the build up of COP26 in November

She continued: “I decided I wanted to stand up and be counted, joining Transition Northwich and other people actively fighting for this beautiful place that we call home.

“This has really helped me to realign myself with the challenges we face now.

“Ahead of COP26, we will be running a climate strike every Friday and joining those who believe all global leaders need to act now.

“This group is friendly and supportive, we’ll have information and support on hand so please do come along and be counted – all ages welcome.

“The time to join the masses and follow the lead of the environmental defenders and workers has been long overdue.”

Over 100million people threatened by climate change in Africa – UN

Over 100million people threatened by climate change in Africa…